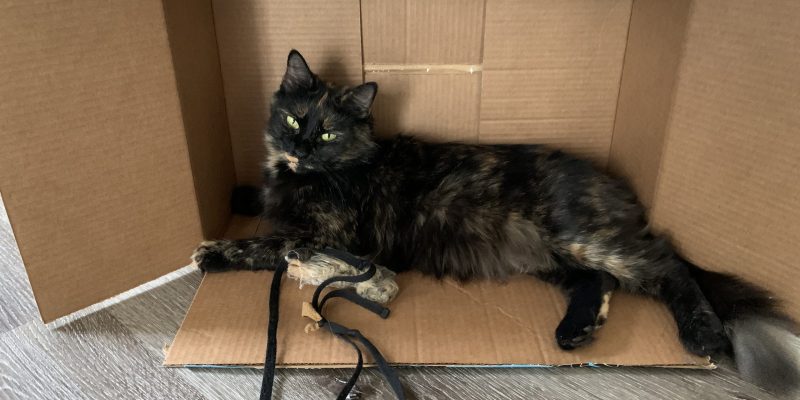 I’m currently in a transition period with respect to some healthy lifestyle changes for my cats. While the two youngest are coming up on 7 months and still highly energetic and adaptable kittens, my older girls (we think 2 and 2.5 ish years) are already starting to show signs that some of the nutrition and care we thought was good for them isn’t actually. Adopting 4 cats within the span of about a year has made for a steep learning curve, especially when two of them were born into our home. While I’m well versed in natural health for humans, I’ve been challenged to learn how to best care for my fur babies in a safe and holistic way.

Lately, I’ve been diving into safe herbs and medicinal plants for cats (and dogs) to help give them the best natural support while making adjustments to their nutrition to make the help unnecessary in the long run.

It started last fall when we noticed the fur on Emma’s rump was looking sparse like she had been chewing it off or over-grooming. She also seemed to be scratching herself constantly. As I researched and tried a few things to help her, the fur loss progressively got worse over the next couple of months. At first, Tim and I wondered if it was parasites. We gave her an anti-parasitic herbal treatment for cats that we purchased, but it wasn’t making a difference. Just as I was becoming concerned that she had a major issue going on, I came across photos of cats with flea allergies and the fur loss pattern matched my sweet Emma’s.

With tiny kittens in the house, my options for flea treatments were limited even within the natural remedies. I flea combed everyone obsessively every day. (I think mama Ella was the culprit. She and Emma were just finally becoming gal pals when she had her babies. In the first few months of having them both, they didn’t get close enough to share a room, much less share fleas.) Poor Emma still didn’t seem to be getting much relief and her fur wasn’t coming back in. I tried everything from powder to shampoo.

Which leads me to my winning herbal rinse…

A salve with comfrey and Oregon grape root had been rapidly healing the sores on the back of her neck caused by obsessive scratching. It was a simple, but effective, concoction I had made just for her. I even learned a new shortcut oil infusion method using vodka for a quick turnaround in making it. However, I could only use this on the back of her neck where she couldn’t lick it off or get oil everywhere as it left her fur super greasy for about 3 days.

Encouraged by the quick healing of my herbs (I should have expected nothing less), I researched and designed a simple rinse to help reduce the inflammation in her skin, give her relief from the itchiness, and promote healing of the skin.

To make the rinse, I made a strongly brewed tea of yarrow, calendula, and chamomile. For half a gallon of water, I used one tablespoon of each herb and left it to steep until the mixture cooled enough to use. I strained the tea into jars and kept the leftover in the fridge to use over a few days.

Since Emma is not the biggest fan of taking baths, we used a new approach to conserve tea volume and keep her more comfortable. We put a towel on the floor and Tim held her while I used a rag to sponge the liquid onto her until she was soaked to the skin. I went over the biggest problem spots several times, in total using about 1 cup of the tea for a small 7 pound cat. We held her in front of a space heater (to avoid using the hairdryer) to dry her faster so that she couldn’t lick the liquid off and make herself sick. Fortunately the lack of fur in some areas made for a much faster drying process that usual.

She got 3 baths like this in the span of 3-4 days. It’s now been 4-5 days and the most bare patches she’s had at the base of her tail have fur growth. The dull grey color she had gotten is being replaced by her regular tortie orange, and she doesn’t seem to be quite as itchy — although she is still scratching regularly. The sores she had on the back of her next for probably 3 months have almost completely healed over and are not returning.

I’m sure I’m not the most relieved one in this situation — I couldn’t imagine being so itchy like that for so long — but it’s been a massive relief to see something so simple help my girl get some healing and start bouncing back to her regular super fluffy self.

Read on to this next post for my pet-safe herbal eye rinse recipe. 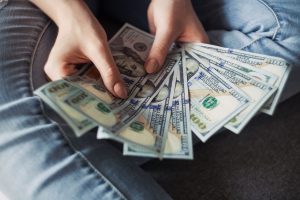 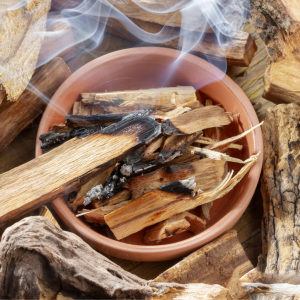 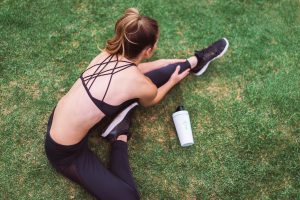 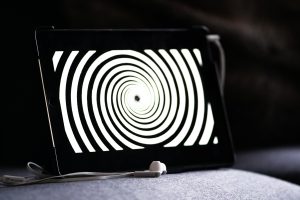 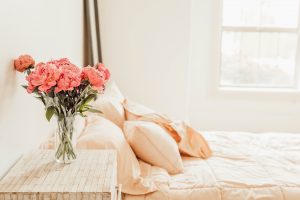 5 Things To Keep On Your Bedside Table For Better Sleep 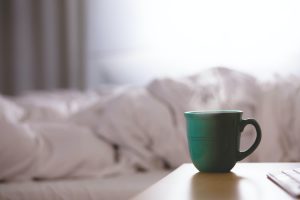 How To Have A Meaningful Morning Routine On Busy Days