Let’s talk about those cell phones. You might have heard debate about whether EMF exposure from cell phones, WiFi, cell towers, smart TVs, and other electronic devices are dangerous to human health. Many people claim that these low-frequency, microwave wavelengths are completely safe to humans. However, scientific evidence linking these EMFs to cancer and other serious medical conditions is emerging, threatening the narrative that your devices pose no concern to your health with the massive exposure we have on a daily basis.

It’s worth noting that radiation can have thermal and non-thermal interactions. Meaning, radiation can both cause heat-related effects and, say, chemical or mechanical changes. A chemical change doesn’t necessarily occur due to heat, but it can be an effect of radiation.

In case it’s been a while since your last science class, an ion is a charged atom. It can be positive or negative meaning that it’s lost or gained an electron.

Ionizing radiation is highly damaging to the human body. This is the type of radiation happening when you think of a radioactive substance that disintegrates over time and releases high energy particles. Ultraviolet (UV), x-ray, and gamma rays are forms of ionizing radiation.

Non-ionizing radiation are radio waves, microwaves, and infrared. These types of radiation don’t cause ionization inherently due to exposure. The EMF coming from WiFi and cell phones are non-ionizing microwaves.

Like I said before, the safety standards say that exposure to the low-frequency microwave radiation range of our devices is safe because it is non-ionizing (doesn’t cause a reaction like a radioactive substance would) and the thermal aspect of this range of EMF doesn’t damage the human body.

However, the key here lies in the non-thermal effects.

Translation: When blasted by EMF in the same range of cell phones and WiFi, these gates in human cells are electrically stimulated and triggered to open. When they open, calcium floods into the cells. This calcium is extra and not showing up as a result of regular biological processes.

Free Radicals… Then What?

We’re familiar with free radicals as an agent for inflammation. So it’s no surprise that free radical formation is a sign of trouble to come. But let’s keep going.

Free radicals and oxidative stress cause oxidative damage to DNA. When the DNA is damaged, mutations and cancers can occur. So while the type of radiation in question doesn’t directly damage DNA in the way that ionizing radiation does, the domino effect does result in DNA damage.

Single strand breaks in DNA are known to be caused by the nitric oxide-peroxynitride-oxidative stress pathway [4] which is triggered when VGCC activation releases excess calcium.

In short, the downstream effects of VGCC activation explain the single and double strand breaks in cellular DNA as a result of non-thermal EMF exposures.

In genetic polymorphism studies, excessive VGCC activity has also been shown to play a role in producing neuropsychiatric changes in humans [5]. VGCCs densely populate the nervous system and have roles in the release of neurotransmitters and neuroendocrine hormones. (That means we’re going beyond just calcium here.) The brain and peripheral nervous system are therefore directly impacted by VGCC activation from non-thermal microwave EMFs, causing changes in nervous system tissues and function [5].

Several studies show dose-dependency of nervous system response with exposure to low-frequency microwave EMFs [5]. In other words, the more intense and prolonged the exposure, the worse the biological response.

How To Protect Yourself

Buy EMF blockers for your laptop and cellphone, especially if you tend to work with your computer in your lap. There are also crystal pendants and EMF-blocking jewelry you can wear to guard against exposure.

There are Faraday cages you can buy for Smart Meters if your utility company has installed one at your house.

And, of course, unplug your Wi-Fi and any other electronic devices when you’re not using them, especially at night. There’s no need to have signals hounding you in your sleep.

Once you dive into avoiding unnecessary EMF exposure, you’ll find that it’s everywhere. But considering the health risks associated with exposure, mitigating it to the best of your ability is well worth it.

TUTV #26: The Hidden Toxicity In Clothing That Had Me Deep Cleaning My Closet Immediately

The Real Cost of Recycling Styrofoam, An Actually Eco-Unfriendly Material 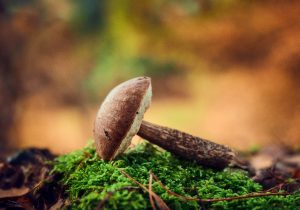 TUTV #4: What You Need To Know Before Experimenting With Psychedelics 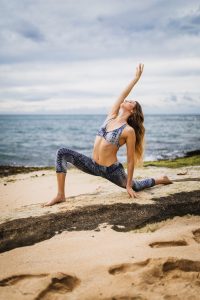